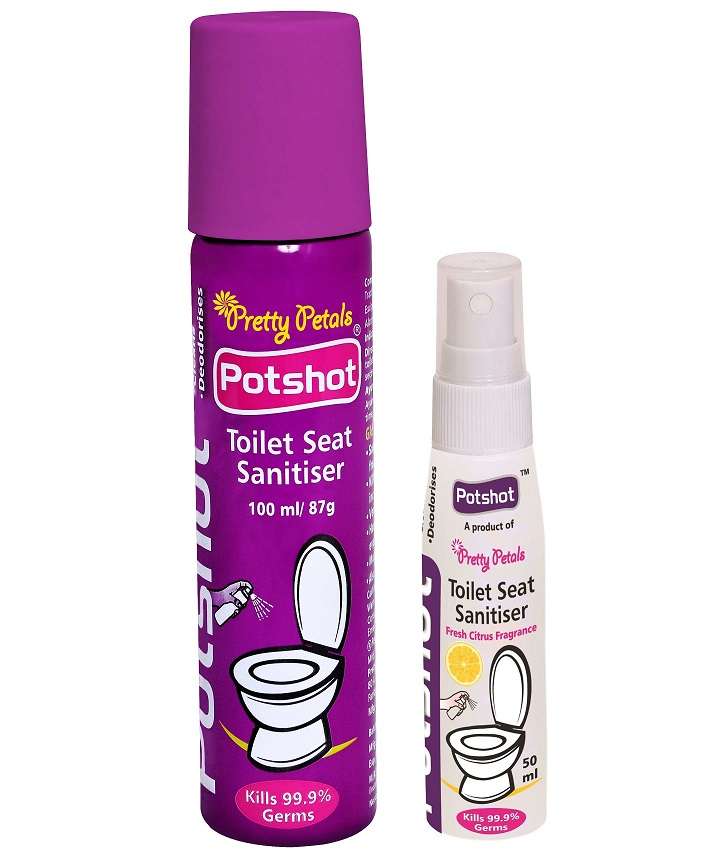 Potshot is your powerful weapon against unhygienic and dirty toilet seats.

Kills 99.9% of disease-causing germs including bacteria, viruses and fungi. Cleans, Sanitises and Deodorises. But our innovative formulation actually works and we have conducted scientific tests to ensure that in internationally renowned laboratories.

shred spaces such as offices or public places such as malls, trains, cinemas, airports etc.